VIRTUAL REALITY: WHAT IT IS AND HOW IT WORKS 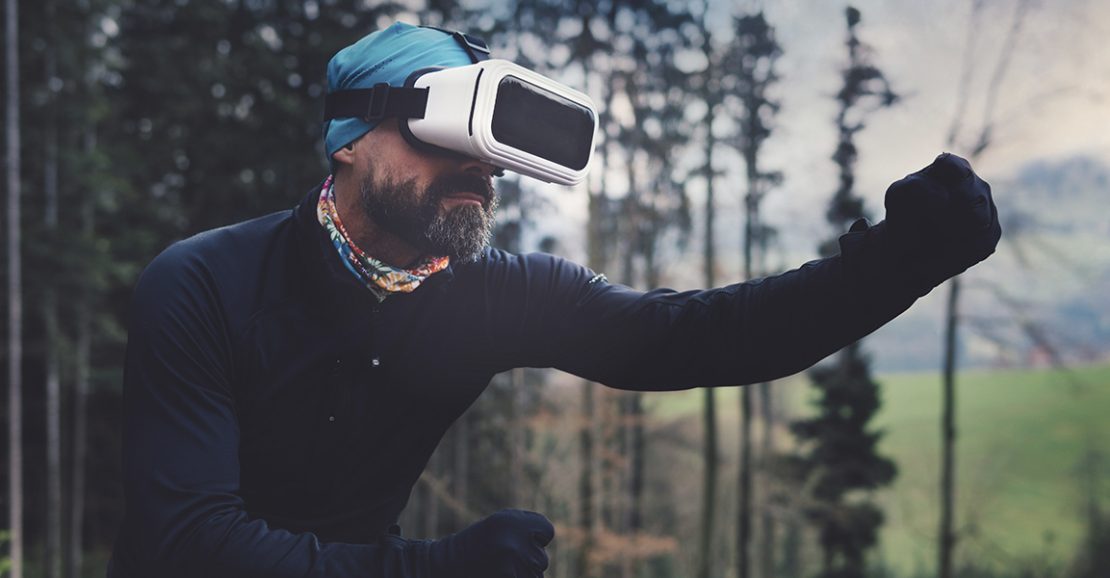 The increasing availability of VR offers the best of both experiences for fulfilling previously conflicting customer desires to where retail will be increasingly leveraging this new technology to more effectively sell products in this medium.

Human beings extensively shape their environment, but until now have not been able to escape it entirely. Virtual reality (VR) creates a portal through which a person can enter a new, immersive, human-designed world. Unlike other interfaces, in which the user views a screen while remaining otherwise tethered to their contextual physical world, VR allows users to completely experience a whole different universe.

HOW DOES VIRTUAL REALITY WORK?

Using sensors attuned to the user’s body, a computer with VR technology is able to comprehensively monitor the person’s spatial responses. The user’s head movements and other gestures are registered by the VR computer, making it seem to the user as if the VR world is directly responding to them. As the user turns their head or reaches for something, the interactive display reacts correspondingly, granting them the sensation of actually existing in the artificial environment. All senses can be engaged in a VR experience, including sight, sound, physical motion/sensation, and even smell.

Because VR monitors the user’s physical position and gestures, specific hardware is needed for the full VR experience. Head-mounted displays are a basic requirement, as they entirely screen out the surrounding world while providing broad-angle visual access to the computer simulation.

Noise-cancelling headphones are similarly important, providing a three-dimensional soundscape while insulating the user from ambient noise. Gloves or full-body wearable suits can also be outfitted with two-way sensory technology. Haptic feedback mechanisms deepen sensory impressions by providing textures and vibrations that detail the virtual world. More complex hardware for VR experiences is also under development, including, for example, special treadmill platforms that give one the sensation of covering distance on foot.

With Google Cardboard, a $15 VR headset designed to accommodate customers’ mobile phones, access to VR experiences is now within the reach of the average consumer. Samsung also offers VR headsets with a mobile phone holder that retail for under $100. However, as PC Reviews illustrates, there are as yet few virtual worlds available for users who are beginning to ask, “What is virtual reality?” Higher-end headsets, with faster refresh rates and a greater variety of sensors, cameras and sound systems, are also available from $400 up. These devices are tethered by cables to a computer or gaming device with the capacity for streaming the detailed 3D graphics required for a truly immersive experience.

Virtual reality was first adopted as a gaming platform that could allow gamers to go further than the existing screen-interface options allowed. However, the potential of VR technology applications in many other industries was clear, and funders with large-scale commercial goals began to invest in its future.

Cinematographers are experimentally using 3D cameras to capture a 360-degree experience. In 3D films, the viewer is able to move within the filmed environment and visually take in any part of it. Music producers are exploring the possibility of giving fans virtual front-row seats at performances. Meanwhile, news organizations such as the New York Times, ABC and Huffington Post have spent millions to bring VR capacity to their breaking news stories.

Though the use of VR by the medical community is not yet widespread, they are watching the field carefully. Some early uses in healthcare include offering patients a soothing distraction during difficult procedures, exposure therapy to conquer phobias, and games which reward good health habits. Surgeons are also finding VR to be useful in pre-procedure imaging which enables them to better strategize their approach and minimize surgery time.

Real estate sales are a mainstream context in which customers find themselves utilizing VR: in this case, to walk through a virtual model of a house. While video walkthroughs have been available online for years, they can’t match the compelling experience of taking a fully-immersive virtual tour of a property. Sotheby’s International has recognized the value of VR tours for their global real estate customers, and have begun offering virtual walkthroughs using the Samsung Gear headset. The agent can see what the customer sees as they take the virtual tour, and can address particular features just as if they were taking the tour in real life. Fortune Magazine mentions that one reason why Facebook may have bought the Oculus Rift Headset technology for $2 billion is its potential use in the real estate market.

The divide between digital shopping and an in-person brick-and-mortar experience has been growing sharply in the past few years, but VR could potentially bring these separate experiences closer together. Surveys of shoppers consistently find that people enjoy the sensory and spatial experience of in-person shopping, though they often opt for the convenience of buying online. The increasing availability of VR offers the best of both experiences for fulfilling these previously conflicting customer desires to where retail will be increasingly leveraging this new technology to more effectively sell products in this medium.

Recognizing the consumer’s interest in shopping in-store, e-commerce giant Alibaba has made a substantial investment in creating its own VR lab named “Gnome Magic Lab.” Alibaba claims this technology will enable customers to shop virtually on New York’s Fifth Avenue from the comfort of their own home. The e-commerce site has already created VR visuals for hundreds of products offered on its site.

THE DAWN OF VIRTUAL REALITY IN E-COMMERCE

2016 saw other retailers launching VR shopping experiences. eBay announced a “virtual reality department store” in a partnership with Australian retailer Myer and gave away 20,000 inexpensive “Shoptical” headsets to customers. The experience also works with Google Cardboard or Samsung Gear headsets. During the same year, Shopify rolled out virtual shopping for Windows users with HTC Vive headsets. These experiences are still in the very early stages and are not yet fully streamlined. For example, customers browsing through Myer products can see only 100 products in 3D, with the remaining 12,000 or so remaining two-dimensional.

Furthermore, while the online experience is responsive to a customer examining one item for a certain length of time, customers must take the headset off and return to the app in order to make a purchase. For now, the charm of using virtual technology has been offset by built-in inconveniences, though VR experiences are steadily growing much more sophisticated.

Selected Lowe’s home improvement stores have offered HoloRooms since 2014, which allows customers the chance to walk through kitchens and bathrooms that they design, using the Oculus Rift headset. Part of Lowe’s ROI in making this investment is an increased brand identity for cutting-edge digital presentation.

VR is a particularly challenging variety of emergent technology, as it makes new and costly demands in hardware, software and data transmission. 3D media files are bandwidth-hungry, and the average consumer’s computer is simply not powerful enough to deliver an immersive 3D experience. The Oculus headset, for example, is recommended for use with a video card that costs over $250 alone, not to mention other capacities its computer will require. Cloud storage and on-demand distribution are being specifically developed to mitigate some of these obstacles. Retailers tackling the challenge of reaching consumers who may own any of a myriad of different headsets, each using its own set of potentially conflicting standards, will need a scalable platform that can deliver content to each type of system.

It’s thrilling to examine the potential uses of VR across many industries, but to have a good sense of how this technology fits into today’s digital landscape, one must look behind the curtain as well. Marxent has co-created a suite of solutions for retailers and manufacturers that offer developers the ability to create in-store showrooms, touchscreen showrooms and web-based VR e-commerce experiences. The applications also provide the capacity to animate certain basic functions — such as doors opening, lights turning on and the operation of knobs and dials — as well as offering mobile options for field-based VR experiences.

As more opportunities which would use VR as their natural channel present themselves, a growing flotilla of startups will cluster around them to meet consumers’ needs. Store owners and managers which once had to contract web and application designers to give their store a digital presence will now turn to services such as VPiX360, which offers 360-degree photography of locations featured in VR tours offered by realtors, hotels and other properties. VPiX360 has integrated their virtual experiences with several brands of headsets as they continue to navigate the changing hardware landscape.

LOOKING TO THE FUTURE

The transformation of VR technology from the domain of gamers and the entertainment industry to applications throughout the online experience has proved intriguing. Investment in VR (including “mixed reality” applications involving hybrids of AR, VR and holographic imaging) are, at $1+ billion a year, substantial enough to suggest all-encompassing future applications. Digi-Capital notes that “the AR/VR investment market is now at an annual run rate of over $1 billion,” which “is beginning to look like a long term trend.” The ROI of opting into VR should be carefully balanced, as companies must stage their investment to be optimally relevant to adopting consumers while not finding themselves left behind.