WHAT IS AUGMENTED REALITY AND HOW DOES IT WORK? 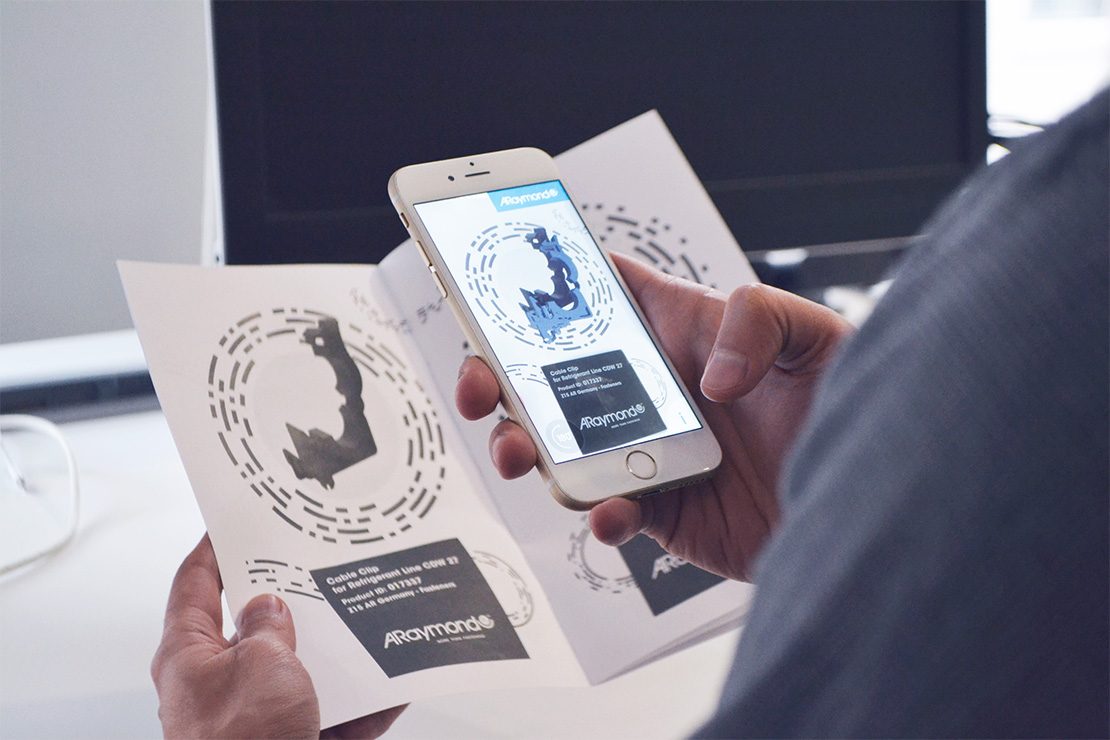 By 2020, more than one billion people will access VR & AR, and IDC’s chief analyst suggests that online experiences that do not utilize these technologies will seem flat and unengaging by comparison.

Augmented reality (AR) is described as a “next generation” technology which has the unique capacity to foundationally change how we interact with the real physical world around us. Unlike similar technologies, AR does not exist only within our devices. Instead, it allows us to use our devices as viewpoints for observing the world around us in real time, while receiving additional information superimposed on that real-world view. It can be said that AR adds an additional sixth sense to our existing five — information — which is the near future for every commercial and public sector.

HOW DOES AUGMENTED REALITY WORK?

Augmented reality (AR) must be distinguished from virtual reality (VR) as, where VR creates an entirely artificial world entered by the user, AR adds extra information layers to the user’s actual physical world in real time. This information adds a deeper comprehension, or even just fun, to the world as we experience it, rather than providing an escape from it.

Most commercial AR applications work directly through the built-in camera of a smartphone or tablet, and are immediately accessible through the user’s existing devices. For example, a shopper downloads the Sephora Virtual Artist App and can then view themselves wearing Sephora cosmetic products live on video. Snapchat lenses are a simple example of augmented reality, allowing users to playfully add graphics, masks and designs to images of themselves.

Other AR applications use dedicated headsets to create a 3D overlay of information onto the physical world. These headsets have transparent lenses so that users can clearly see the real world around them, and some (such as the Microsoft HoloLens, described below) are still in development as of Winter 2016. However, AR headsets or glasses for gaming, skiing and other specific uses are already available.  The goal of AR is to make the life of the user easier by providing virtual information about their surroundings.  Augmented reality is currently being used in many fields, including healthcare, retail, education, design, advertising, and entertainment.

Many medical diagnostic processes are based on finding ways to “see inside” the body. Diverse scanning hardware has been developed for that purpose, but practitioners need to see further beneath the surface. AR offers a new type of scanning that provides heightened visualization so that the patient’s body can be examined by the clinician in new ways.

Accuvein uses an infrared light scan to create a real-time image over the patient’s skin, showing the location of veins during vascular procedures. Virtual Interactive Presence and Augmented Reality (VIPAAR), meanwhile, offers a different visual application: remote mentoring for surgeons. The mentor — a senior surgeon who may even be on another continent — can watch the surgical site in real time. The surgeon present in the operating room wears a headset that superimposes an image of the mentor’s hands on the patient’s body, offering step-by-step guidance to the junior surgeon.

Physicians aren’t the only ones who need hands-on training: educational applications for AR have only begun to be utilized. The Elements 4D app for mobile devices enables high school science students to manipulate models of pure chemical elements. The student views the company’s proprietary paper or wooden cubes through the camera viewer of a tablet or phone, which providing interactive photographic images of each element. Bumping the paper cubes together while viewing them creates a whole new set of images and information about the compound that the two elements combine to form. The Anatomy 4D app creates a similar immersive experience centered on a printed image of the human body; as viewed through the device, it becomes an interactive 3D model of a human body that is then virtually dissected.

What does augmented reality mean to advertisers? Nothing less than achieving their dream: a billboard or bus stop poster that selectively addresses the needs and interests of each viewer. With an AR viewing device, each person who looks at a public billboard could see an ad targeted specifically to them. This personalization could include how the potential purchase will look when they’re wearing it or is inside their house.

HOW WILL IT LOOK ON ME?

AR’s ability to answer this question is its main selling point when marketing objects with a predominantly visual presence. Whether it’s a B2C application, like makeup, clothing or sunglasses, or a B2B context, such as selling display cases or placing vending machines, AR gives the customer a chance to see how the item will look in its intended setting. This has the crucial effect of building a customer’s emotional connection to the object, so that they feel as if they already own it. It also saves money: A full-color print ad in just a single issue of a major magazine costs anywhere from $100,000 to $400,000, while an AR print campaign can drive far higher engagement on the basis of a QR code, or another, more modest, printed material.

TAPPING INTO OUR DELIGHT

Our senses are closely tied to our emotions, and this can work both positively and negatively for companies that use AR. The digital space is already crowded, and marketers must beware of adding AR simply because they can. It’s easy for this type of advertising to feel gimmicky: there’s a fine line between offering useful additional information and merely pasting another layer of clutter onto the user experience.

THE LESSONS OF GOOGLE GLASS

There are a few reasons why Google Glass failed, but the one specifically relevant to AR’s future is that people don’t necessarily want a virtual layer pasted over their experience of physical reality. Sometimes physical reality is enough. The task for marketers adding AR to their customers’ user experience, then, is to identify which contexts make users hunger for new information.

Some of the fun and delight derived from AR is its association with science-fiction concepts, such as cyborgs. Since augmented reality extends human sensory abilities, it lends itself to wild-sounding futuristic scenarios in which bionic eyes are commonplace, and people are able to move objects with mental power alone. With wearable technology already here, AR visionaries imagine a time in which technology is fully integrated with the human body. Presentations at AR conferences venture into a speculative future in which mere thoughts will become AR controls. Apart from the realm of pure science fiction, however, many experts and researchers are confident of AR’s widespread use in industrial and commercial fields.

AR AND THE “MIXED REALITY” FUTURE

While AR and VR are still separate technologies in 2017, there is a well-financed push to merge the two into something called “mixed reality.” The most famous – and secretive – developer of mixed reality, Magic Leap, has attracted $1.4 billion in investor funds: Its C-round of financing alone drew nearly $800 million. This massive vote of confidence from Google, Andreessen Horowitz and other major tech players comes despite the fact that Magic Leap hasn’t yet launched even a beta product. The Magic Leap innovation uses a tiny projector to shine light straight onto the user’s retinas, adding to (while not disrupting) the real world surroundings. In a sense, Magic Leap’s “magic” is closer to AR than to VR, because it retains and augments the real-world setting.

The technology explored by Magic Leap is still very much a work in progress, drawing on the unique collaboration of optical engineers, game designers and battalions of software wizards. To be widely useful, the Magic Leap hardware has to fit into an easily wearable device which, according to MIT Technology Review, is still under development. However, there’s something behind Google’s recent investment of over $500 million in Magic Leap, and also their partnership with Lucasfilm’s ILMxLAB.

Microsoft’s HoloLens is another 3D application, significantly closer to roll-out, that embodies the next generation of AR. Microsoft stresses the importance of being able to view holographic content while remaining present in the real surrounding environment. The holographic images can be “world-locked,” meaning that they stay in one place, or they can synchronize in geographic space with whoever is wearing the headset. Multiple users can view holographic content simultaneously, or the content can remain personal to one user.

The market for AR, as it doesn’t pull users away from the real world or require specialized devices for the most part, is generally expected to be larger than that for VR. One estimate places the value of the AR market in 2020 at $120 billion, compared with $30 billion for VR.

Research firm IDC projects that, in 2017, 30% of companies in the Forbes Global 2000 group will explore the use of VR and AR in their marketing efforts. They further expect that, by 2020, more than one billion people will access VR or AR, and IDC’s chief analyst suggests that online experiences that do not utilize VR and AR will seem flat and unengaging by comparison. It’s clear that the potential of AR is only beginning to be tapped, and that AR — and its mixed reality offspring — promises to be commonplace in our future digital experience.