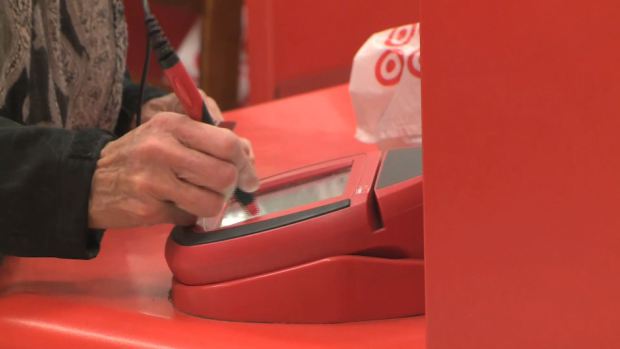 With all of the data breaches of 2013, mobile payments could gain ground this year.There's a good chance you can say, "Thanks to Target/Neiman Marcus/Adobe/Insert Company Here, I received a new credit card number and a year of free credit monitoring!"As stores and credit card companies continue to slowly integrate secure EMV chip cards, mobile payments are becoming a reality — even Twitter is getting in the payment processing game.

In the early years of e–commerce, PayPal rose to glory on eBay and built consumer trust as many people saw online purchases as a security risk. Now, it seems that despite PCI compliance, using your credit card anywhere is a risk. But at least having your credit card stolen is less damaging than having your debit card and pin stolen. Since 95% of the world's ATMs run Windows XP, which is set to sunset in April, and criminals already tampering with ATMs and stealing pin numbers at gas station pumps, using your debit card is becoming the most dangerous thing to do.

Can Digital Currencies Gain a Foothold?

Bitcoin is reigning as the most secure of digital currencies, and as more stores begin to accept it, it could gain wider use. The appeal of anonymous digtal cash is certainly driving their adoption, however they remain targets to theives as Dogecoin users recently found out. The issue comes down to how secure the "wallets" are (more criminals are going after Bitcoin) and being able to pay with them in person — Bitcoin ATMs exist, but are dependent upon upcoming government regulation. It doesn't help that the CEO of the exchane BitInstant was indicted for money laundering.

The Atmosphere is Ripe for Mobile Payments

The key here is that the long–established trust in using credit and debit cards in person has been breached as well. Consumers are demanding better security and its high costs will be paid by retailers and credit card issuers. Many retailers have already upgraded their point of sale systems to iPads and other tablets with more doing it everyday. Since Apple lit up iBeacon on 200 million devices and patented a potential "iWallet" solution (tied to iTunes and its 575+ million users?), not to mention the mobile payment efforts of Google and others, it could simply be cheaper and more beneficial for retailers to push harder on mobile payments at POS rather than EMV cards.From a consumer side, the possible security concerns about using mobile payments tied to a credit card are already covered for the 100+ million people who now qualify for free credit monitoring and added protections due to the data breaches of 2013. Given that 58% of Target's customers are 44 and younger, there should be a sizable pool of digially focused consumers in that group who could pave the way for mobile payment testing.But if you don't practice good digital security habits on your own, it doesn't matter how safe retailers are with your information. Good thing CNN didn't have Twitter and Striped set up when they were hacked by a pro–Syrian regime group.