Preview of the Coming Retail Apocalypse 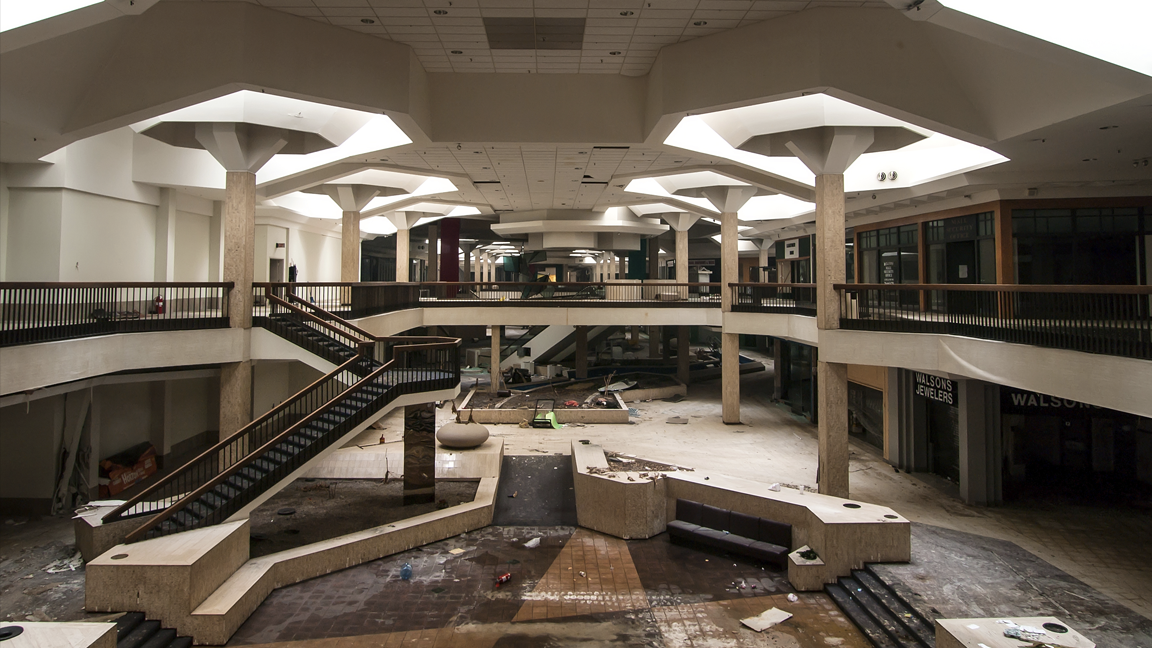 With traditional retailer sales in decline and physical storefronts shuttering their doors, it may come as a surprise that consumer spending is on the rise. Consumer spending increased 3.8 percent through 2016, and, as projected by the National Retail Federation, to increase between 3.7 to 4.2 percent in 2017. Yet despite these increases, physical stores are being swept away without the proper omnichannel strategy. Here’s a sampling of data on the record pace of recent store closings for national brands:

Due to the loss of flagship stores, 30 percent of US malls are expected to soon be shuttered, according to commercial real estate experts at Green Street Advisors.Nevertheless, there are many retailers bucking these negative trends with innovative retail concepts. Their collective success indicates that the retail apocalypse might not be as bad as it looks, and may indeed be survivable for physical stores. The modern consumer now pays -- and is willing to continue to pay -- a premium for convenience, originality and a seamless brand experience across the omnichannel experience.

The Bright Side of Apocalypse

Amazon is sometimes cited as a driving force behind the growth in online retail sales, but a wider perspective reveals that Amazon has just adapted more quickly than other retailers to a tectonic cultural shift in shopping expectations. These transformations in global shopping habits are accelerating as consumers increasingly prefer experiences like VR and AR when visiting a retail location. The Harris Group reported that 72 percent of millennials would rather invest in unforgettable experiences than physical objects.A related trend involves a stronger commitment to the sharing economy, including home-sharing services like Airbnb and ride-sharing services like Uber. That same pattern can be seen in business preferences for OpEx over CapEx, and subscription services over purchased hardware/software. Companies that can provide a responsive, frictionless experience, continued by consumer impulse while minimizing discrete transactions, are stealing the market from companies that seem to merely provide something material.

The End of Mediocre with Omnichannel

At the same time, ecommerce companies have introduced a range of creative offers meant to overcome what has been one of their greatest weaknesses: when searching for their desired items online, consumers cannot physically interact with or try on items they find. Warby Parker is a good example of a younger startup that has deployed strategies to take advantage of opportunities stemming from the retail apocalypse, such as allowing customers to try on several pairs of glasses at home and return the ones that don’t work.Their strategy is proof that online sales cannot immediately or completely subsume a physical customer experience, which has been cultivated for centuries. In announcing plans to open up 25 more brick-and-mortar locations this year, Warby Parker’s CEO Neil Blumenthal presents a more optimistic view of the retail apocalypse. “I don't think retail is dead. Mediocre retail experiences are dead," he claims.For one thing, shopping online and shopping in-store are motivated by different impulses. Amazon’s Dash and Prime Pantry services take advantage of the “shopping in the moment” impulse. Consumers reduce their cognitive load by only taking care of needs as they arise, instead of compiling a list of purchase over time and forgetting about items that they need until a situation becomes urgent.Encouraging customers to use both online and offline as needed has also proven to be more profitable. A recent study on omnichannel trends conducted by L2 found that retailers who promoted online purchase with a pick-up in-store posted net sales of 107 percent, compared to just 77 percent for pure play ecommerce transactions. Consumers who were strongly motivated to shop for a single item on the original purchase ended up adding items to their carts once they arrived in the store.

"Coopetition" with Mattresses On Demand

There has also been growing field of arrangements that are being called “coop-etition.” This involves partnerships between retailers that excel online and traditional brick-and-mortar companies that have considered ecommerce companies as competitors in the past. One instructive example of this trend is the way that Caspar, the innovative online mattress company, is teaming up with Target.Caspar took the direct-to-consumer model of manufacturers and connected with millennial audiences on Instagram and Snapchat. They redefined the significance of the mattress, taking it from a tedious but essential piece of home furnishing into being the central component of a personalized sleep experience.The streamlined offerings from Caspar cover everything a sleeper (and their dog) needs -- a mattress, frame, pillow, sheets, and liner. Through innovative packing, they have turned home delivery into an essential part of their brand identity and value proposition. Caspar addresses the central concerns about online purchasing by giving customers interest-free financing and 100-day trials with no questions asked on returns.The Caspar-Target partnership also gives Caspar a new distribution arm with no capital investments, while it gives Target a much-needed marketing boost for attracting millennials to their high margin home furnishings.

One of the underlying assumptions of retail shopping has always been that people know what they want. Even if they didn’t know precisely what it was, they would find out once they saw it: a principle that has driven decades of in-store display design based on the psychology of choice. Now, an entire subgenre of online retailers has sprung up around the idea that sometimes consumers prefer someone else to decide for them.Curated boxes of items based on individualized data analytics are at the heart of companies like Birchbox for makeup samples, Trunk Club for menswear and Rockets of Awesome for children’s clothing. Like the surfaced discovery of Amazon’s recommendation engine or the music referrals of Spotify, these boxes introduce consumers to brands they never knew about or always wanted to try.Anything that doesn’t match consumer expectations for any reason can be returned, which provides better data to update and improve the predictive algorithm. While many other startups are testing the limits of the concept, the idea itself has proven sufficiently profitable for Birchbox to open physical stores in Paris later this year.

As the above examples prove, nothing is sacred in omnichannel commerce. Retailers need to rethink the purpose of the store size, the layout, they types of items that they sell, even the nature of selling itself. Apple and Google have had unparalleled success with their stores that are retail in name only. These experience stores invite consumers to try new technology, have all of their questions answered by a team of experts, interact with a brand-based culture and pick up items that were purchased online. The clean lines and empty spaces make it impossible to get lost in a shopping dream. Customers don’t even need to bring cash or credit cards because they can make purchases using Apple Pay or Google Wallet.Once again, Amazon is on the forefront of this trend as well, with their expansion into physical grocery stores. The concept as described in Amazon’s promotion video admittedly sounds like the description of a retail apocalypse. It begins, “What would shopping be like if you could just walk into a store, grab what you wanted, and just go?” Customers enter the store using a mobile app, which fills up an online cart as they shop. The final total is charged to the customer’s Amazon account.Less dramatically but potentially just as revolutionary as Target’s concept for the store of the future. Their test consists of two separate entrances where each presents a different vision of the brand. One side which offers customers exclusive brands and seasonal displays, while the other designed for the convenience of groceries, home essentials, and online order pickups. The Target redesign is scheduled to be rolled out to 500 stores across the US by the end of 2019.

Many Channels and the Singular Identity

Retailers are coming to realize that the success of their omnichannel strategy should be the primary focus for their metrics going forward, though from the customer’s point of view there is not necessarily a conscious perception of an omnichannel experience. Customers see a brand as a distinct identity, no matter whether the interaction takes place in the store, online, on mobile, inside a chat window or anywhere else. What happens in any of those channels affects the customer’s singular view of the brand in all channels.

There is a great deal more happening at the edges of retail all over the globe, but the most important takeaway for retailers is that there’s still a little bit of time to avoid their own personal retail apocalypse. A study by eTail and WBR Digital reported that although three-fourths of retailers recognize a winning omnichannel strategy as essential to survival, nearly half are not actively investing in it.Those numbers match up with Centric Digital’s analysis, which found that less than 50 percent of retailers surveyed had an online store inventory and approximately 72 percent said they needed to know more about what their customers value most. Most strikingly, of surveyed retailers, the majority were not clear on best practices to find out what their customers want.In the end, the time has already run out for malls across the country, but quick-moving retailers with a flexible definition of their core business have a good chance of achieving a new life beyond the apocalypse by taking the steps needed to stay ahead.