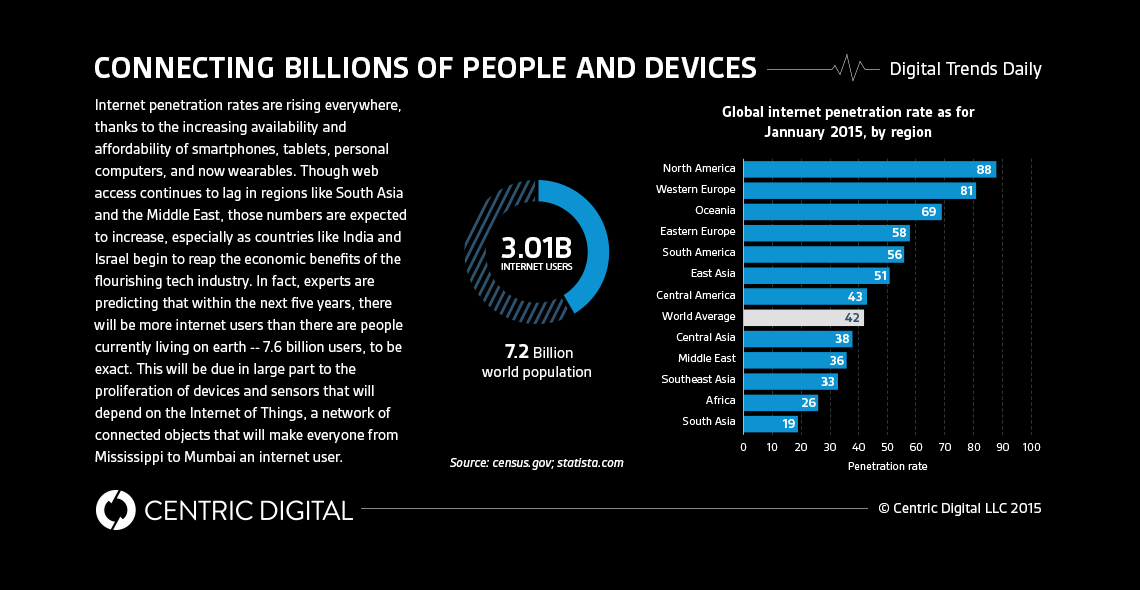 Machine-to-machine technology is leading to an explosion of connected devices and a need for structural network changes that can support the massive expected increase in data usage. What does your company need to do to make sure these changes don’t catch it off guard?The world is getting more connected all the time, but those connections are going to grow exponentially within the next few years.According to Business Wire, “By 2020 there will be 7.6 billion Internet users with 50 billion connected devices, accessing data around the clock and around the globe.” The simple fact is that current business and network infrastructures won’t be able to handle this kind of data activity, and whether we’re prepared for it or not, the Internet’s status quo is going to see humongous shifts to meet these increased demands.While cloud deployments and data centers expand their resources to create greater bandwidth and data capacity, businesses should spend their time considering the doors that this mega-network could open for them. Many big companies have gotten a head start, and that foresight is sure to pay off in the long run.GE, for instance, isn’t satisfied with sensors that communicate with surveillance devices -- they want the best sensors they can possibly get. The engineering company uses pressure sensors designed for offshore drilling that can read pressure levels as deep as four kilometers below ground.They’ve also developed fiber-optic temperature sensors that continue to function in 1050˚C temperatures, as well as ones that detect and quantify dangerous chemicals in the air, even when they’re in incredibly low concentrations.A more domestic example would be Google’s acquisition of Dropcam, a home surveillance interface that lets you check in on your abode from anywhere in the world.Dropcam records video from the cameras you install, encrypts it, and sends it to the cloud, making it accessible from any device with an Internet connection. It even lets you communicate with people or pets in the house via a two-way speaker system.So obviously, there are some major companies out there implementing this technology on a relatively limited scale. But imagine what will happen when the IoT pervades everything we do— how we live, how we communicate, and how we work.Connected devices can and will transform the infrastructure of the workplace, making many business sectors more efficient and more informed — especially business sectors like healthcare, or transport, for example, both of which could vastly improve with a successful network of integrated data and devices.Intelligent solutions could help better maintain traffic flow and significantly minimize fuel consumption in a transit system, much like smart devices could speed up the diagnosis process at hospitals. The possibilities are virtually endless — no pun intended.These are the kind of possibilities that businesses need to consider. Virtually every aspect of human interaction could conceivably use cloud and other M2M technology, so there’s no sector or industry that shouldn’t be seriously considering the potential growth opportunities that this immense network will present.