Another Item for the White House CDO's backlog: Digitize Cash 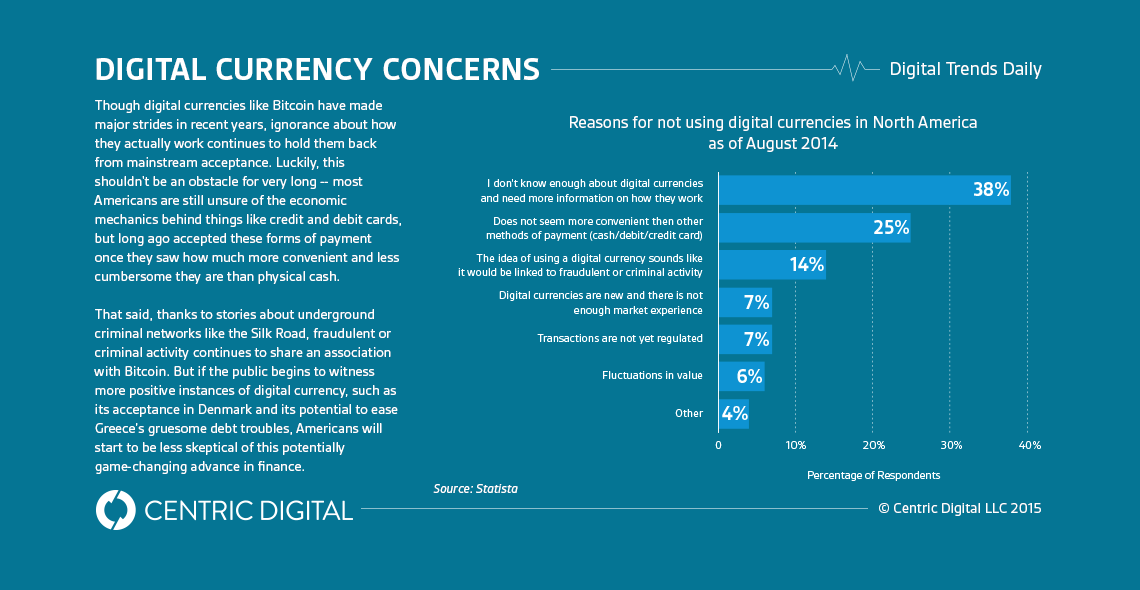 It seems like fewer and fewer of us these days have a dollar to spare — a physical one, that is. The time has come to digitize cash, and this should be another priority for the White House CDO. Even in New York, where many vendors and restaurants continue to insist on cash payments, plenty of us would rather buy more than we need to meet our local bodega’s $5 minimum for credit card payments than hit the nearest ATM.As we continue to speculate over what the White House’s first CDO, Jason Goldman, will do over the course of his term, I have to wonder whether completely digitizing cash might be on his docket.As Neil Hughes tells us on LinkedIn, Denmark is pushing through a bill that could open the path towards a completely cashless country starting next year. The measure wouldn’t ban cash payments outright, but would allow retailers to only accept payments via smartphones or debit and credit cards.According to Hughes, almost one-third of the population already either exclusively or nearly exclusively uses MobilePay, the official app of Danske Bank, and would embrace the bill if it’s approved by the Danish Parliament.But will the potential advantages of a cashless economy outweigh the fears that attend it? By eliminating cold, hard cash, the U.S. could save incredible amounts of, well, money and even protect against future financial crises by moving towards a digitized currency. However, first it must address concerns over privacy, security, and even totalitarianism.

In 2015, the Federal Reserve will spend $717.9 million on producing new currency, representing an obvious opportunity to free up room in the always-tightening federal budget. If that number doesn’t impress you, consider this: Oregon Business reports that, in the state of Oregon alone, an $18.3 billion economy exists made up entirely of under-the-table, untaxed cash payments, a sizable portion of which rightfully belongs to the government.Moreover, the further dissemination of digital currency promises to affect the global economy, whether we’re on board with it or not. It’s already threatening the euro — Greece, which is dealing with unbearable debt to the European Central Bank, has considered using a Bitcoin-like online currency as a parallel to the drachma, threatening the stability of the already shaky euro, Forbes.Given the meteoric rise of cashless payments over the past half-century, and the even faster rise of mobile payments over the past several years, a world of exclusively digital cash at this point seems inevitable — so why not get ahead of the trend?

Of course, cashless payment systems track any and all purchases made by users, which is a positive and a negative, depending on how you look at it. Of course, an America without tax fraud, laundering, or the drug trade would be ideal, but many wonder if these benefits are worth the cost to our privacy.For instance, given the reach the NSA has into such matters, some fear that the government could easily use the purchases we make to prosecute us for petty charges, or even for crimes we didn’t commit. Slightly less paranoid critics worry that the government will limit our spending on things like alcohol, cigarettes, and gambling.In any case, there’s no doubt that our most virulent conspiracy theorists are already frothing at the very idea of a digital currency.Ultimately, it will be up to the President and his CDO to determine how ready the country is for the inevitable journey towards a cashless society. No matter where you stand on the issue, though, one thing should be certain: the advantages of a digital currency go far beyond lighter pockets.